Crasken Farm is a magical Cornish jewel of a property that offers a different way of life. A small 6 acre Domain set within tree lined walls, she is situated at the easternmost border of the town of Helston. Set upon the Lizard Peninsula, an area of outstanding natural beauty famous for it’s beaches and shipwrecks, Crasken Farm lies equidistant to Falmouth, Redruth & Penzance and is ideally situated for road and rail access.

This stunning and historic estate comprises of:

The Main Farmhouse - (6 bedrooms)
The Bailiff’s Cottage - (3 bedrooms)
The Tree House - (3 Bedrooms)
The Annex - (1 bed / studio flat)
The Gatehouse - (A small granite building)
The Long Barn - (A very large traditional L shaped 2 story barn that has served as a fully functioning dance hall, bar / venue and also contains a commercial kitchen & holds a premises license)
The Granary - (Adjoining the Long Barn, the Granary presently serves as a toilet block and has additional seating for the venue itself)
The Tin Hat - The ld Forge is situated in a large workshop. This building also accommodates a shower & toilet block for campers and guests.

A six and a half acre gem whose history can be traced back to Neolithic times, Crasken is a small yet magical domain that is the heart of what was once a much larger estate. Today it comprises of a complex of Grade II listed houses, barns, and outbuildings set around two courtyards that have grown up higgledy-piggledy on land that has supported human society since Celts lived in Plan y Gars (Celtic rounds or fortified villages) that were once common in these parts. The property comprises of the main Farmhouse, the Bailiff’s Cottage, the Annex, the gatehouse, the main barn & Granary (which serves as the dance hall, bar, kitchens and studios /office space), The Tree House, the “Forge” (a large, rough, workshop), the shower block and a small orchard adjacent to a paddock adjoining Crasken “round” itself. A large car park is set back from the A394, and an ancient “Drove”. In entirety she is sheltered behind granite walls topped with trees which have rendered her invisible to (truncated)

Located on high ground at the point where the Lizard Peninsula attaches itself to the rest of the southern Cornish Coastline the deep well that lies beneath the outhouse of the main house would once have provided the inhabitants of the much larger “round” in the field above the property with fresh drinking water. The hearth that lies next to the well itself would once have kept the well “keepers” warm on a cold night as they guarded their precious water from those that might attempt to steal or pollute it. The hearth itself now forms the floor of the main fireplace in what has become the principal chimney of the main house. French Celts arrived and with them came a sense of proportion and style that has made Crasken unique amongst other Cornish farmhouses.

The proportions of the main barn, the width of the lintels, the large sloping roof of the main house are almost identical to Celtic structures to be found in “Creuse” in central France or “Le quartier Perdu!”, the forgotten district near Limoges. In the middle ages the Laird must have acquired wealth sufficient to finish the main house which has three huge open fireplaces, six bedrooms, kitchen and a parlour. The Bailiff’s Cottage adjacent to the farmhouse was constructed in the 17th Century.

As the farm grew in wealth over time the main barn also increased in dimension; it is unusual to see small stones at the base and much larger quoins higher up in the walls, no doubt plundered from the abandoned pump engine houses that dot the Cornish landscape locally.

The industrialisation of farming did not suit Crasken Farm. She lost her land to property developers in the late 1960’s and as such her ability to maintain her structures. I purchased her in a state of abject dereliction in September 2000. I have spent the past 21 years sensitively rebuilding her and putting her back to work as a community once more, beginning with a rave to summon local artists and craftspeople. I utilised the concept of “a summer of work” to begin the reconstruction of the main barn, summoning craftspeople from the traveller’s movement who were sensitive to the aesthetic of the property. Tammy, my wife, arrived in 2008. A skilful event organiser and promoter she single-handedly organised “hard” parties… drum and bass weekends, The Butterfly Ball, Procraskenation, Proragganation, nye events and numerous other events which have seen us become part of the local establishment. Together we have hosted in excess of 100 wedding receptions & handfastings, played (truncated)

It is with great sadness that Duncan and Tammy now both feel the need for a change. Family circumstance dictates that we must depart these fair “tree lined” walls and seek fresh adventure elsewhere. I daresay we shall be missed yet Crasken will continue. She seeks fresh energy under the right custodianship and doubtless shall continue to serve her owners and the local community both.

Crasken Farm which translates from the Cornish as “fort of the bones” is set on the easternmost border of the town of Helston, Helston itself taking its name from a type of granite for which it is famous. Local legend has it that the devil was carrying a load of the Blue Alvin or Hell’s stone in a bag that split and that rained down on the Lizard Peninsula. Devil’s stone is to be found in only a very few places on this planet; The Lizard, Robben Island, Johannesburg; and it is the ability of the Cornish to work and mine this type of granite that lead to the exodus of Cornish to Johannesburg when gold was found on the reef. The rest as they say is History.

Car park - (set back from the A394)
The Paddock - (A triangular field & orchard that has served as a campsite)
Crasken Round - (A circular field whose History precedes the Doomsday Book and from which Crasken Farm takes her name. Crasken Round is a significant earthwork). Crasken Round has planning permission for caravans and temporary structures and has a 150 inch deep bore hole that supplies fresh drinking water to the site. 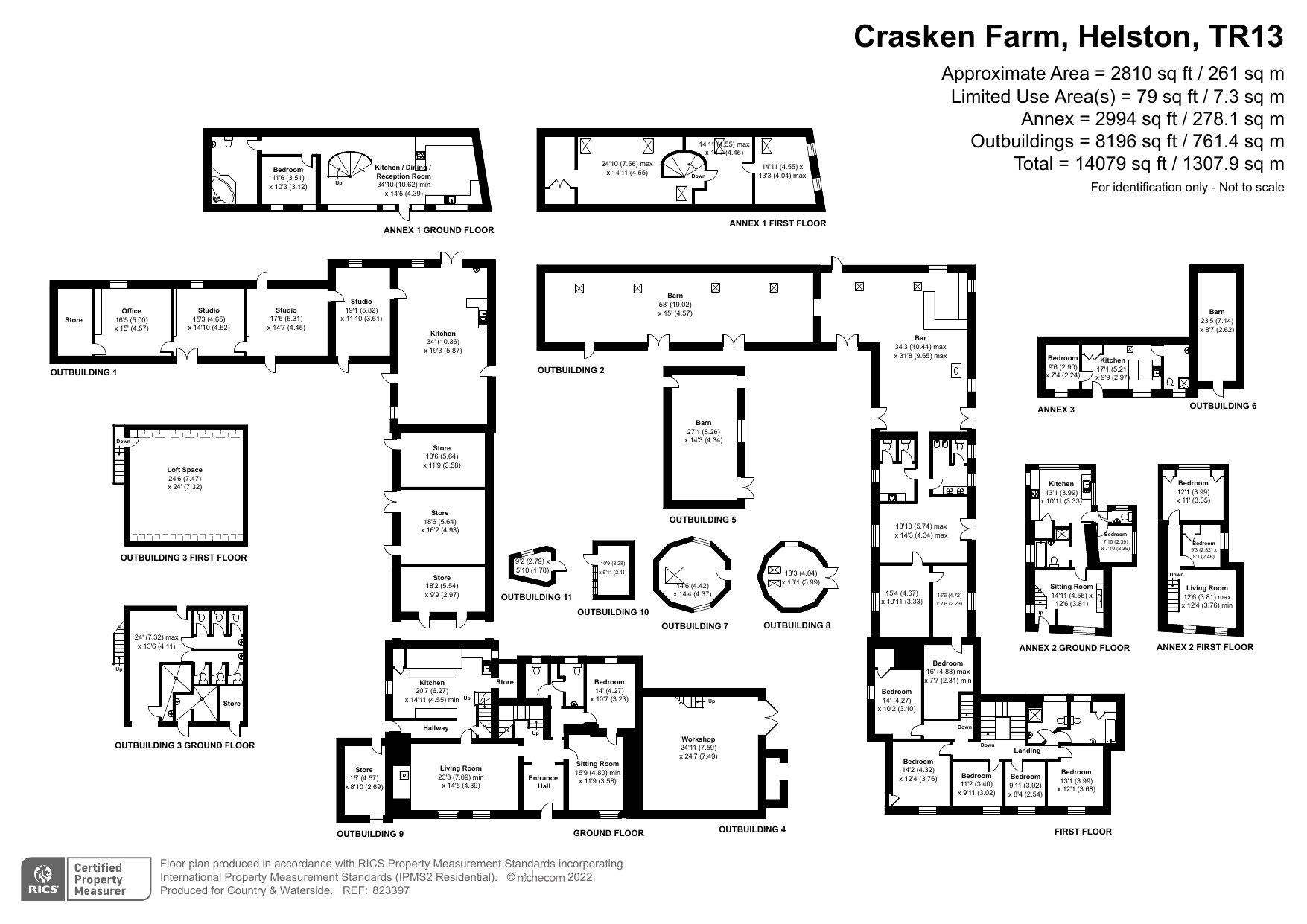 Want to know what people who know the area really think? Use the link below and see all the results for TR13 area.
Ask on Facebook
Ask on Twitter