Located within the Hadley Manor Trading Estate, towards the eastern end of Moxon Street on its southern side.

An internal access road is routed around the other three sides of the building. Due to the steep gradient of this part of Moxon Street, the road frontage varies between one and three stories in height on its street frontage.

The ground floor consists mainly of access into the building on its eastern side, together with a sheltered loading / unloading area which is beneath the projecting first and second floors at the eastern end of the building.

The habitable areas of the building are the first and second floor, and due again to the gradient of the street, both have separate street level entrances.

At roof / third floor level there is currently a large roof lantern / clerestory window structure (measuring approximately 40m in length, 7.5m wide and 1.8m in height). This serves to provide natural light to the second floor below.

Also within the Trading Estate boundaries, Hadley Wood Hospital adjoins the site on its eastern side, and there are two commercial properties beyond that, adjacent to the eastern end of Moxon Street (a car dealership and Howdens Joinery).

The existing building is currently vacant and the lawful use of the site is B8 (storage and distribution). Planning permission was granted in July 2017 for change of use to B1 business use, although this has not yet been implemented.

The final scheme can be described as follows: 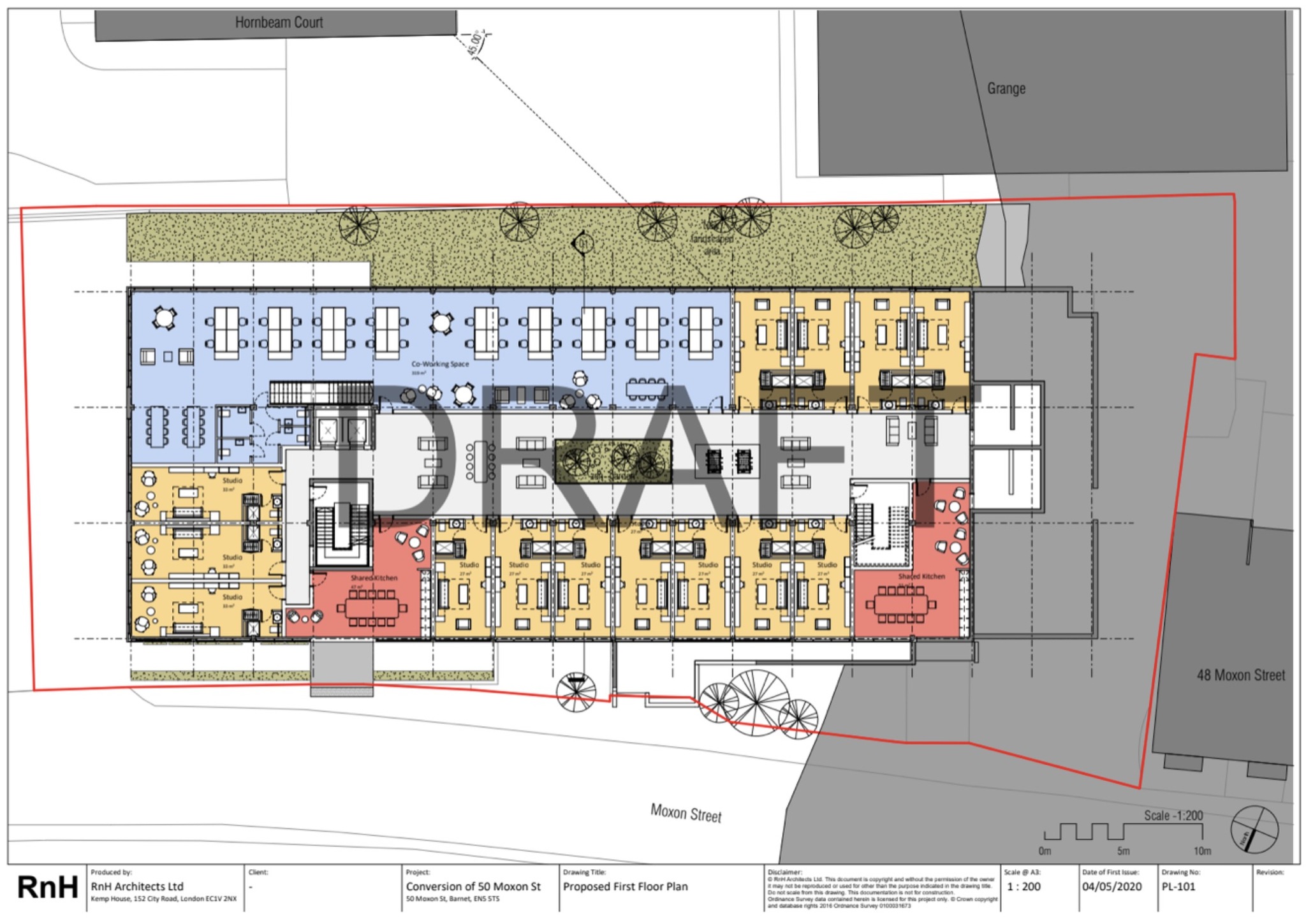 Want to know what people who know the area really think? Use the link below and see all the results for EN5 area.
Ask on Facebook
Ask on Twitter