Sheffield is the third largest city in England by population, and has everything to offer you would expect from a city of this size. What makes Sheffield special however, is the fact that despite its size, it has a warm and welcoming feel, making it a popular choice for people looking to relocate.

Known as the 'Steel City' due its international reputation for steel production in the 19th Century, Sheffield has undergone an aesthetic and economic rejuvenation since the dark days of the late 1970's and early 1980's. It was during this period that many of the steel factories closed. Most people are familiar with this part of Sheffield's history due to the bafta award winning film of 1997 'The Full Monty', which was filmed on location in Sheffield.

Since then, especially in the last decade, Sheffield has developed beyond all recognition with the following companies recently making significant investments into Sheffield: McLaren, Boeing, Sky Betting and Gaming, Jaywing and Fragomen Worldwide. The Innovation District home to the Advanced Manufacturing Park (amp) and Sheffield Business Park has expanded and is also home to other world-class brands such as: Boeing, McLaren Automotive, Rolls-Royce, Arconic, Tata specialist steels, Toshiba and Forgemasters.

With all this investment and with the aforementioned companies now calling Sheffield home, it's no wonder that the city centre has taken on a transformation and it is continuing to do so with hsbc's multi-million pound investment in the Sheffield Retail Quarter. The Moor is currently undergoing significant redevelopment. In November 2013, The Moor Markets opened, offering a selection of food and retail outlets in a modern building reminiscent of the award winning Winter Garden. Now home to over 90 independent businesses, The Moor Market holds the accolade of being described by the Independent newspaper as the 'Borough Market' of the north.

Meadowhall shopping centre which is just 3 miles north-east of Sheffield city centre is the largest shopping centre in Yorkshire and the eight largest in the U.K. However, it is soon to become the fourth largest once a large extension is opened in 2021.

If independent shopping is more your thing, then Sheffield well and truly ticks all the boxes there too. Division Street in the city centre is home to many independent boutiques, retro clothing stores, record shops and vintage thrift stores. The Antiques Quarter towards the south of the city is home to 8 antiques centres and over 60 independent shops, from furniture to jewellery, clothing and bric-a-brac, it truly is a bargain hunters dream.

Due to all the recent investment, redevelopment and the prior industrial nature of Sheffield, you'd be forgiven for thinking that Sheffield is mainly attractive to the urbanites among us. This however, would be a misconception. With over 2 million trees Sheffield has more trees per person than any other European City. The city also has around 250 parks, woodland areas and gardens, including: Crookes Park, Norfolk Heritage Park, Millhouses Park, Endcliffe Park and the Botanical Gardens. The city centre also houses the Winter Garden which is the largest temperate glasshouse to be built in the U.K in the last 100 years. Over 60% of the city is green space and around a third of the city is actually inside the Peak District National Park – no other city in the UK has part of a National Park inside its boundaries; it's likely due to this fact that Sheffield folk spend more per head on outdoor equipment and take part in more outdoor pursuits than anywhere else in the UK.

If being active is important to you, then if you're living in Sheffield you really are spoilt for choice. As already mentioned, outdoor pursuits are incredibly popular amongst the people of Sheffield: Climbing, bouldering, cycling, running, fell running, kayaking, walking, golf. You name it, you will be able to practice it somewhere in the Sheffield boundary. If you prefer to partake in your sporting endeavours under the sanctity of a roof, then Sheffield does not disappoint on this front either. There are numerous sporting venues accessible in every part of the city including Ponds Forge which boasts an Olympic size pool and one of the largest diving facilities in the U.K. Home to City of Sheffield Swim Squad who have developed world class swimmers and Sheffield Diving who have produced divers who have represented Great Britain at every Olympic Games since 1992. City of Sheffield Water polo Club also call Ponds Forge home and their teams compete at National levels.

The English Institute of Sport (eis) Sheffield is the country's largest multi-sports training centre and the training base of multiple Olympians, Olympic and World Champions and up-and-coming stars of the future. The world class facilities are home to numerous local and national sporting clubs and governing bodies and enable participation in a number of sports activities at all levels. Specialist facilities include 2 multi-purpose sports halls, table tennis hall, netball hall, basketball hall and a 200m Indoor Athletics Arena. Gym facilities are available at the Fitness Unlimited gym.

Alongside these international sporting venues there are numerous other leisure facilities dotted around Sheffield including The Climbing Works, The Foundry, Skate Central, Graves Leisure Centre, Springs Leisure Centre and Hillsborough Leisure Centre.

Sheffield is home to the oldest football club in the world that plays association football, Sheffield fc. You'd be forgiven for not having heard of this team however, especially as Sheffield has two other much more famous football teams: Sheffield Wednesday based at Hillsborough and Sheffield United at Bramall Lane.

If you are interested in the arts and culture then Sheffield will most definitely be able to satisfy you. Sheffield Theatres is the largest theatre complex outside London, comprising the Crucible Theatre, Lyceum Theatre and Crucible Studio. Across three auditoria they offer a huge variety of home-grown and touring productions, with everything from West End musicals to cutting edge drama. There are also smaller more intimate theatres interspersed throughout Sheffield: Merlin, Studio Theatre, The Montgomery, Lantern Theatre and Library Theatre which all have events and classes on throughout the year.

Sheffield's most prominent galleries are the Graves and Millennium Galleries run by Museums Sheffield, and the city's flagship contemporary art gallery, Site Gallery (currently closed for refurbishment). Home to big touring exhibitions, a metalwork display, and the Ruskin Collection The Millennium Gallery is the most visited free attraction in the North of England, while the beguiling Graves Gallery (on the top floor of the Central Library) is a gem filled with work by the likes of Bridget Riley and Damien Hirst. Beyond the big players, creativity continues to run deep in Sheffield, with over 20 smaller galleries including apg Works and 99 Mary Street.

If you prefer to appreciate art in situ, then Sheffield is gaining a prolific reputation as a street art destination. While you can find wall work scattered throughout the city, there some areas where there are particularly high concentrations of eye catching pieces. Walk down almost any street in the city centre and you'll stumble across a riot of colour interrupting the urban skyline, with many hidden gems waiting to be found round every corner and new pieces emerging all the time. There's a Sheffield based artist called Phlegm who does graffiti style art pieces all over the world. Several of his pieces in Sheffield city centre are located near The Leadmill, The Moor and Charter Row. He paints mural pieces (usually in run-down or drab looking locations) using surreal illustrations to tell stories and create visual narratives. 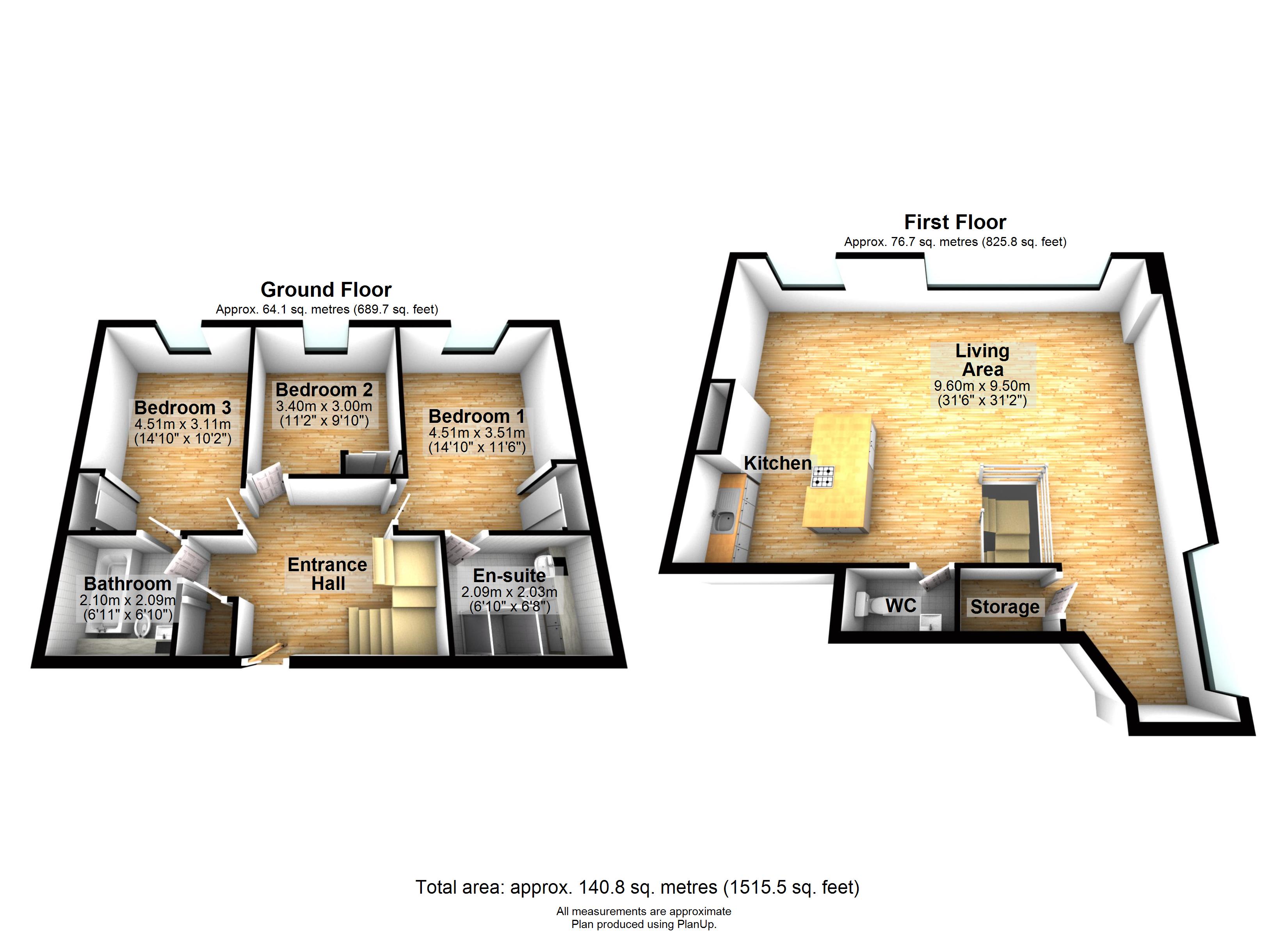 Want to know what people who know the area really think? Use the link below and see all the results for S3 area.
Ask on Facebook
Ask on Twitter