This excellent three-bedroom house, with integral garage, forms part of Monkswood, a radical project of ten houses built to a design by architects Brooks Thorp Partners in the 1970s. One of the few detached houses in the group, it is also one of the largest, extending to over 1,650 sq ft internally. It has been recently renovated throughout while preserving the original flowing plan and many wonderful mid-century details.

The houses at Monkswood were commissioned by a group of executives and creatives from Yorkshire Television who moved to the leafy Kirskstall area of Leeds from London. They were completed as self-build projects with each house individually designed to suit the commissioning family’s needs.

This particular example has an exterior of concrete blocks and is finished in wood and bare brick internally. It sits at the edge of Monskwood with wide-reaching views across the Aire valley from its elevated position

The front door leads from the side of the plan into a lobby with geometric-brick flooring. The ground floor is mostly open plan, with vertical brick sections denoting zones for living and dining, each linked by polished-plywood flooring. At its centre is a wonderful sunken ‘conversation pit’ with integrated sofas built around a recessed fireplace. New glazed bi-fold doors provide access to a large south-facing terrace with excellent views over the surrounding treetops.

The kitchen is slightly set back from the living and dining spaces, with rubber-tile flooring and renewed original cabinetry topped with Corian worktops. Exceptional care has been taken to preserve light fixings and a ‘futuristic’ 1970s switchbox. Beyond this is a study and access to the internal garage and utility space. Also on this level, just beyond the entrance lobby, there is a guest WC.

Climbing one side of the house is a fantastic open-tread staircase, lit from a skylight above. Upstairs are three bedrooms and a family bathroom. Where possible the current owners restored existing features including original Vola taps, door furniture, cabinetry in the bathrooms and circular mirrors set above the sinks. The large master bedroom has built-in wardrobes and an en-suite bathroom with walk-in shower. Above the bath a pitched skylight offers views to the overhanging tree canopies.

Aside from a fleeting but admiring note in Nikolaus Pevsner’s Architectural Guide of Yorkshire, remarkably little has been written about these houses, especially given their unusually brave architectural intentions set against the more traditional housing stock of Leeds. About them Pesvner observed, ‘(Monkswood) was conceived as pavilions set amidst a garden’, and the focus of their setting continues today with landscaping still maintained by a dedicated group of residents.

Monkswood is set on the hill above the River Aire. It is a twelve-minute drive into the centre of Leeds or a six-minute train from the local station at Kirstall. Leeds has some fantastic cultural institutions including Leeds Art Gallery (with its Tiled Hall Café), Opera North, West Yorkshire Playhouse and Northern Ballet. The Henry Moore Institute has world-class exhibitions as does the slightly further afield Hepworth Wakefield.

Kirkstall Abbey, one of England’s best-preserved Cistercian monasteries, is practically moments from the house and often hosts cultural events such as classical open-air performances, as well monthly food markets.

The train station at Leeds runs services to London taking just over two hours, as well as connections to the rest of the country. Leeds is set to be a major hub of HS2, decreasing travel times and increasing connections to the Midlands and the North. 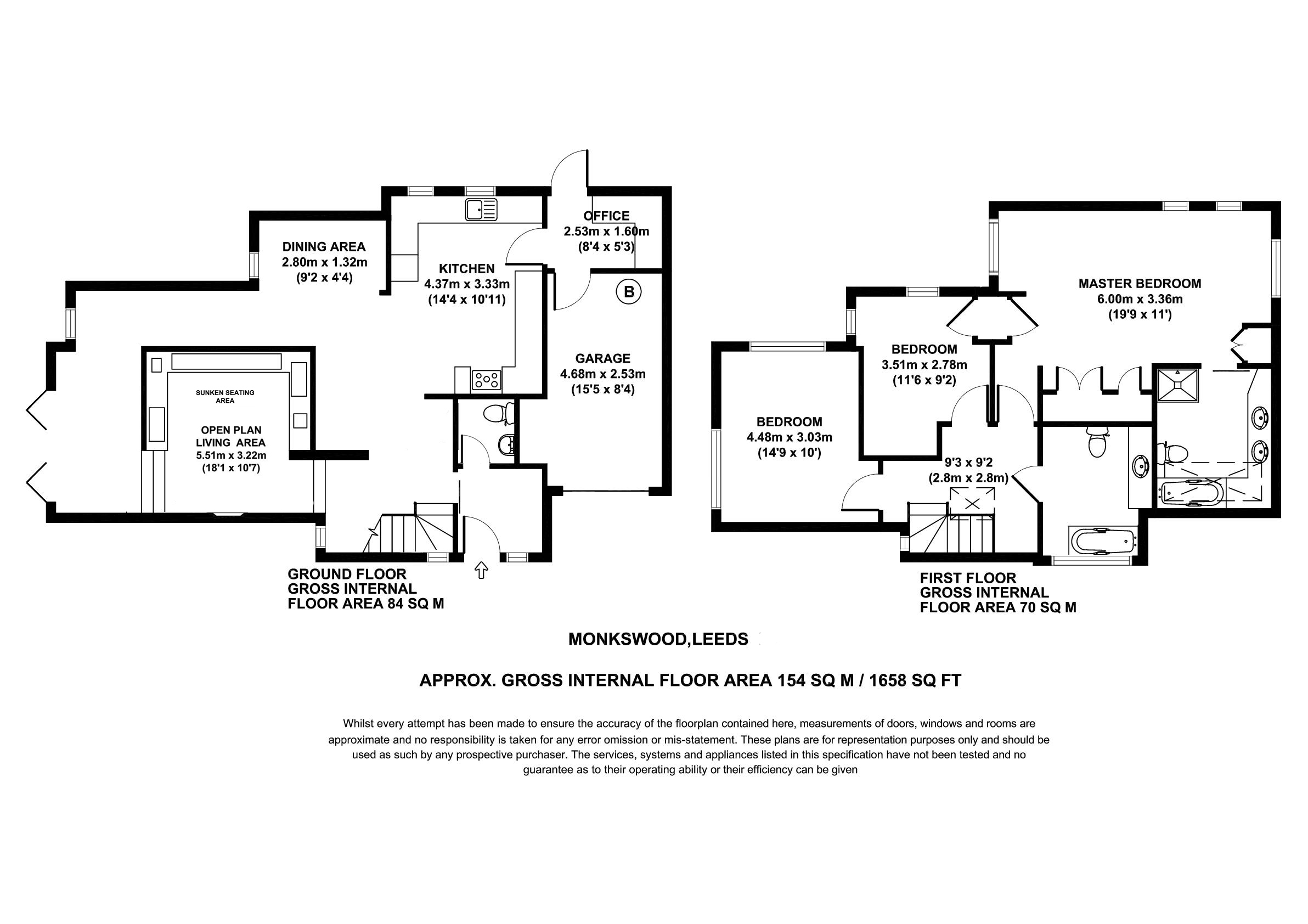 Want to know what people who know the area really think? Use the link below and see all the results for LS5 area.
Ask on Facebook
Ask on Twitter