We at Jackie Stanley are delighted to bring to the market a unique and exciting development opportunity to build an exclusive hamlet of eleven luxuriously appointed stone built cottages nestling in the old walled garden, formally part of the Tredethy estate, set in the heart of Cornwall's tranquil Camel Valley between the rugged beauty of Bodmin Moor and the stunning coastline of North Cornwall.

The Walled Garden sits at approximately 0.6 acres and, under planning application number E1/2008/00871, has granted planning permission for 11 eco friendly stone built holiday cottages. We understand the planning permission is now in perpetuity as lawful commencement has been made in respect of the development. The site has also recently been cleared of all vegetation in readiness for full building work to commence and all services need to be brought in and connected.

The cottages are designated as holiday homes with 365 days per year permitted occupancy as a second home. Each cottage has been conceived to marry tradition with contemporary design, with the highest standards of fittings and finish. Each cottage varies in size and design to suit families, couples or individuals. Some have conservatories and each cottage has a well appointed and equipped kitchen area. The Walled Garden has been designed for those who aspire to eco-friendly luxury living in a peaceful Cornish hamlet. Eleven two, three and four bedroom traditionally designed and constructed cottages create the feel and atmosphere of old world charm and country values without compromising modern day comfort.

Located under half a mile from the slumbering, ancient hamlet of Hellandbridge, where a medieval stone bridge spans the River Camel, Tredethy is embraced by some of the West Country's finest countryside. Open meadows, wooded valleys and the rugged slopes of Bodmin Moor characterise the area while only a short walk away is the hugely popular Camel Trail which follows the path of the world's third oldest railway line from Wenford Bridge to Bodmin. The Camel Trail, with its link at Hellandbridge and just 600m from The Walled Garden, is a 17 mile long recreational route for walkers, horseriders and cyclists and continues to the market town of Wadebridge before following the river down the Estuary to Padstow. The historic and picturesque fishing town of Padstow offers an extensive range of cafes, public houses and restaurants, none more so than Paul Ainsworth's Michelin starred No.6 and of course Rick Steins esteemed Seafood restaurant.

Because of its location, The Walled Garden is perfectly placed for exploring North Cornwall's renowned surfing beaches and myriad of rocky coves, rugged cliffs and pretty fishing villages. Polzeath, Port Isaac, Boscastle, Tintagel, Padstow and Newquay are all within a 30 minutes drive. Bodmin four miles, Wadebridge six miles and Rock twelve miles are the nearest towns. The nearest mainline station is Bodmin Parkway which is approximately eight miles distant with the nearest airport at Newquay nineteen miles away. Just a short drive away is the A30 trunk road providing easy access to the entire South West and all that Cornwall has to offer.

To find The Walled Garden, follow the A389 from Wadebridge towards Bodmin for approximately 3.5 miles passing Trelawney Garden Centre along the way. Just after the Trehellas House Hotel, turn left into Old School Lane. At the end of Old School Lane, turn left on to the B3266 and follow the road for approximately 1.5 miles. Turn right at the sign for Helland and follow the lane to the next T junction. Turn left at the T junction and then immediately right and the entrance to Tredethy Cottages can be found on the left hand side with site adjacent. The postcode for satellite navigation is PL30 4QS. 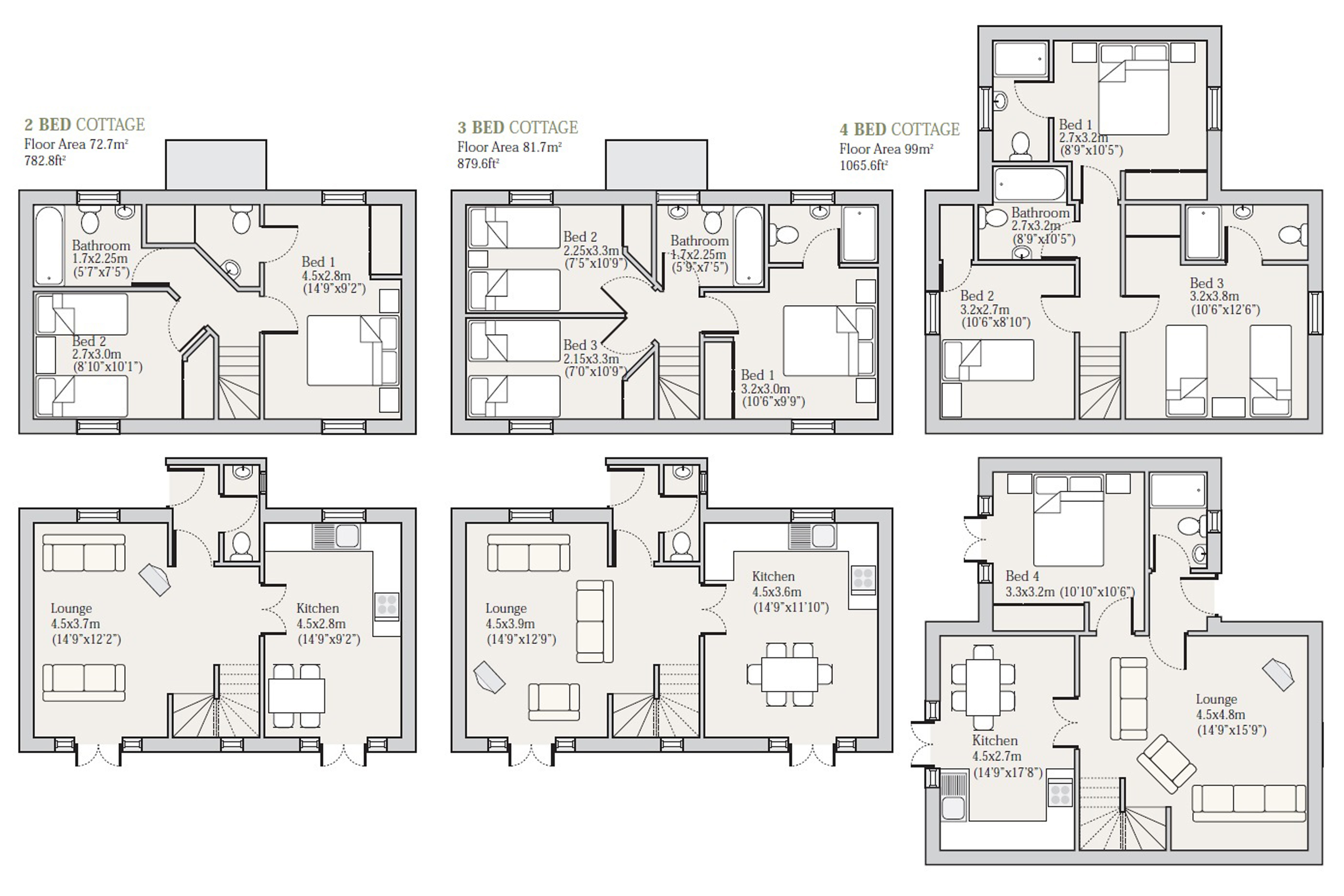 Want to know what people who know the area really think? Use the link below and see all the results for PL30 area.
Ask on Facebook
Ask on Twitter