• A stone Victorian Terraced House.
• Contemporary rear extension.
• Creates open plan Kitchen/Dining Room/Living Room with bi-fold doors.
• Two Bedrooms (had been three).
• Large contemporary Bathroom (was Bedroom 3).
• Ground floor WC.
• Impressive Reception Hall, Lounge.
• Gas central heating, double glazing, alarm.
• Large, landscaped garden. Single Garage.
• Looking towards the Green Belt of Barloch Moor.
• Fantastically convenient location for Village Centre.
• Immaculately presented.
Whilst a stone Victorian Terraced House this property marries contemporary appointments and an impressive rear extension to provide a delightful home suited for modern day living. Our client purchased the property in 2014 and set upon an extensive programme of modernising and upgrading including the rear extension as detailed. Originally, the property’s bathroom was downstairs but was small which has now been made into a better sized Guest WC. The third bedroom was converted to make the main bathroom and has been very impressively done. As such, the house is a two bedroomed home but could be three bedrooms should that be needed, either by using the lounge as a bedroom or by reversing those works done – the main living area at the rear of the house providing enough space for living/dining and kitchen (see photographs and floor plans).
Windows were replaced with modern UPVc double glazed units, the central heating system and radiators were installed (Baxi combination boiler, chrome towel radiators in the bathroom and WC), the kitchen fitted in a very smart modern style, new sanitaryware was installed, fully redecorated, new floor coverings, landscaping the rear garden and installing an alarm system. The result is a brilliant home that would suit, ideally, individuals and couples as well as some families.
It has a surprisingly generous rear garden, in two sections, that enjoys a westerly aspect which is ideal to capture the afternoon and evening sun. At the end of the terrace there are two garages (semi-detached) with No. 115 owning the southernmost, all sitting upon common ground with No. 117. Set across the road from Barloch Moor, a wooded area from which runs the Tannoch Burn, it has a very pleasant leafy outlook and is highly convenient for Milngavie Village Centre (only some 1/3 mile away) and the wide array of shops and amenities to be found there. Could not be better really.

• Entrance Vestibule – Storm door.
• Reception Hall – A fine area with the original staircase and original cornicing.
• Lounge – Original cornicing. Two windows to the front overlooking the garden and with a view towards the trees of Barloch Moor. Fireplace at the focal point of the room with a wood burning stove inset upon a slate hearth.
• Kitchen – Open plan to the living/dining room. Features dark grey high gloss kitchen units against which there are solid worktops in white. A designed feature wall is finished in brick facing slips. Appliances include – stainless steel Range cooker with six gas hobs (Smeg), dishwasher (Bosch), fridge freezer (Samsung), washing machine (Candy).
• Living/Dining Room – The extension to the house and featuring a set of wide three framed bi-fold doors to the rear garden and its sun deck. Pitched roof into which is set a Velux window for additional light.
• WC – Featuring a contemporary white suite.

• Staircase – The original staircase has a carpet runner and features LED tread lights set into the wall risers. It turns past a tall rear facing window overlooking the back garden.
• Upper Hall
• Bedroom 1 – Two windows to the front of the property. Fireplace. Original cornicing and centre rose.
• Bedroom 2 – Another good-sized double room. Rear facing window. Run of modern wardrobes set along one wall.
• Bathroom – Superbly done. Featuring a four-piece suite including a large open ended shower enclosure which has a powerful thermostatic shower with both deluge and hand shower heads. The wash hand basin is set upon a ‘floating’ vanity unit.

The attic has been insulated and is floored. The boiler is located here.

• Engineered oak is featured in the hall, WC, lounge, living/dining room and kitchen.
• Carpet is laid to the staircase, landing and the two bedrooms.
• Vinyl is in the bathroom.

The front garden features a stone wall to the pavement and down both sides are fences. There is a section of grass, a pathway to the front door and two gravel beds for pots and troughs. The rear garden is a far more substantial area and is set in two sections. The formal area features, firstly, a modern contemporary designed, non-slip, sun deck outside the bi-fold doors and beyond this a generous area of artificial grass on two levels. There is a soft bark play area for children with this area of garden fenced in on two sides and with a stone wall to the rear perimeter. A more informal area of garden lies to the northerly side and is under bark. There are some trees and a small Garden Shed. This is a useful storage area or a further play area for children and features party fencing between both areas of garden and again a stone wall to the western rear boundary.

The property is situated just north of the Village Centre. Milngavie Centre is pedestrianised and here there is a good array of quality independent retailers as well as the High Street names of Boots, Marks & Spencer and at the easterly end a Tesco. Milngavie has a large Post Office and there is a Bank of Scotland. By Tesco is Milngavie Railway Station which provides regular links into Glasgow’s West End and City Centre including a service through to Edinburgh Waverley. At the centre of Milngavie is the start/finish of the West Highland Way which leads through Allander Park and then subsequently to Mugdock Country Park and beyond. Nearby the house is the local beauty spot of Tannoch Loch and above are the Mugdock and Craigmaddie Reservoirs which is a great area to exercise. 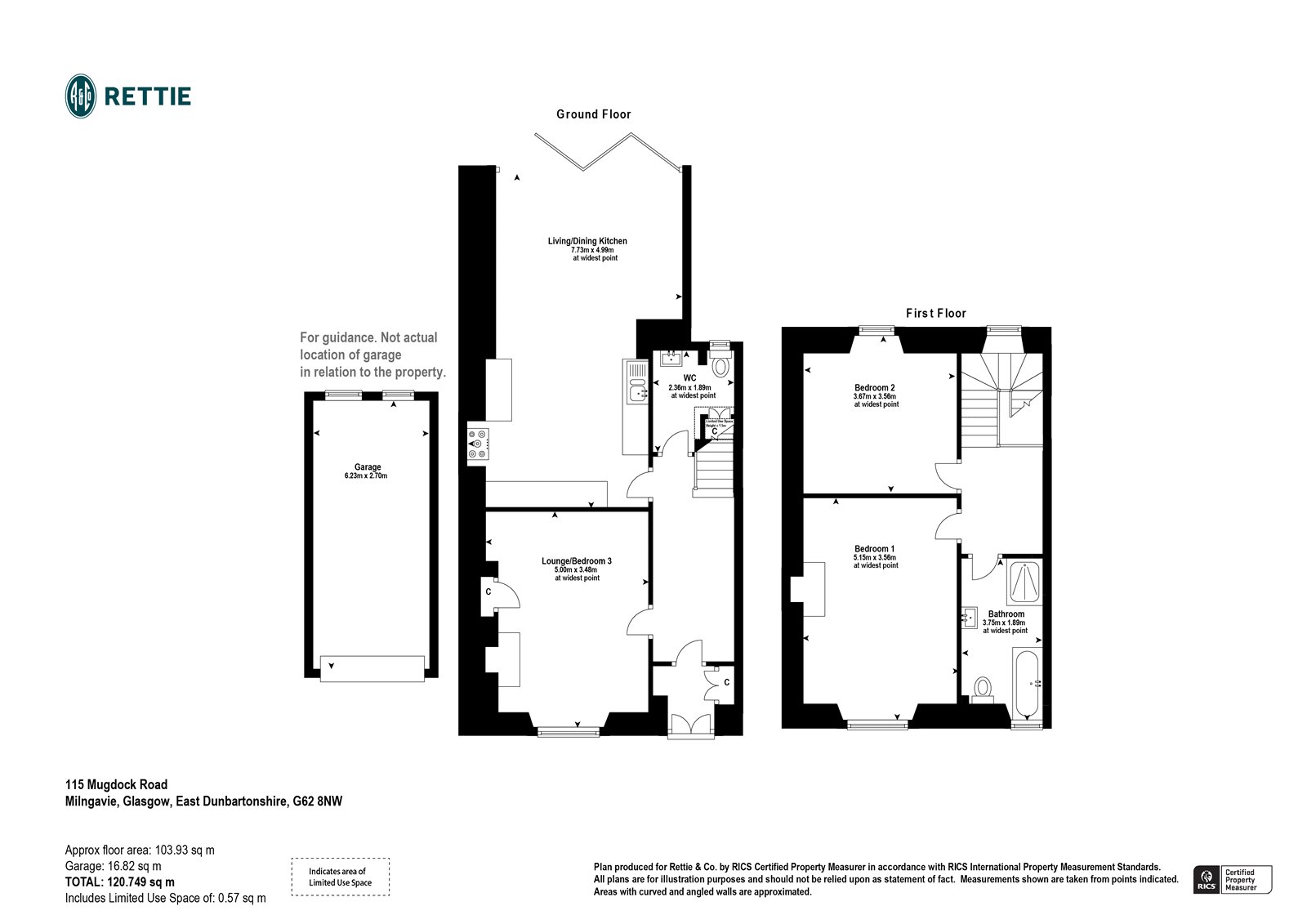 Want to know what people who know the area really think? Use the link below and see all the results for G62 area.
Ask on Facebook
Ask on Twitter